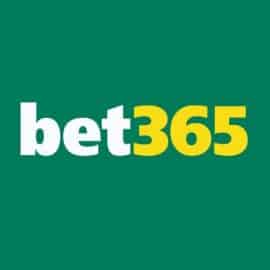 The beauty of T20 cricket is that any team on their day can beat any other team. All it can take is for one person to have a good day with the bat or bowl that can win their team the match. However, this makes T20 cricket very hard to predict.

At this World Cup the favourites are the reigning champions and hosts Australia. Their team has hardly changed since their World Cup win last year in the UAE and in home conditions, they will prove to be an even stronger.

England’s and India’s batting line-ups look the most dangerous at the tournament but both sides’ bowling look slightly weaker than that of Australia’s as both sides’ attacks have also sustained injuries prior to the tournament. Pakistan, South Africa, and New Zealand also look like very good sides, with match winners in all three teams.

Having both missed out on the final at the last World Cup expect England and India to right those wrongs and reach the final at this World Cup. As mentioned, both batting line-ups are extremely strong, and the teams are littered with match winner and T20 superstars.

But I believe India will be crowned World Champions at this World Cup despite missing spinner Ravindra Jadeja and Jasprit Bumrah. I think their top 4 of KL Rahul, Rohit Sharma, Virat Kohli and Suryakumar Yadav are all going to have an extremely dominant tournament and ultimately lead their side to a second World T20 title.

If you’re looking for a responsible World Cup betting partner with a good welcome offer, we recommend betting with Bet365

Sign up, deposit RS. 400* or more to your account and you will qualify for 15% of that amount in Bet Credits (up to RS. 4,000*) when you place qualifying bets to the value of 12 times your qualifying deposit and they are settled. New customers only, T&Cs apply

Sign up, deposit RS. 400* or more to your account and you will qualify for 15% of that amount in Bet Credits (up to RS. 4,000*) when you place qualifying bets to the value of 12 times your qualifying deposit and they are settled. New customers only, T&Cs apply

To Reach The Finals

TIP: South Africa to win the tournament @ 8.00 with Sky Bet

Australia’s batting line up is looking very settled. There is only one change to it since the last 2021 T20 World Cup, that being, the big hitting T20 sensation Tim David, who has come in for Steve Smith.

With the drop in form of Aaron Finch in recent years two names stand out as the keys to Australia’s batting line-up. David Warner and Mitchell Marsh – the stars of the 2021 World Cup Final – will look to build on their success at the previous World Cup.

Mitchell Marsh, in particular, loves Australian conditions, with his preference for hitting fast-bowling and has done so for many years in the Big Bash. Expect him to be Australia’s top batter.

Adam Zampa has been Australia’s best limited overs bowler in the world for some time now and is arguably one of the greatest in the world at the moment. However, teams will recognise this and look to play more defensively against him, reducing his wicket taking options.

Mitchell Starc always performs well at World Cups; however, it is hard to look past the number one ranked T20 bowler, Josh Hazlewood. He has developed into one of the best T20 bowlers in the world and expect him to be effective on home soil.

In the T20 Tri Nations Series Tournament, the two opening batsmen for New Zealand were the standouts in their batting line-up. The young and aggressive batting style of Finn Allen and the more experienced Devon Conway.

Skipper Kane Williamson’s T20 form has been poor of late, despite a fifty in the Tri Nations Series Final against Pakistan. While Devon Conway has been ‘Mr Consistent’ for New Zealand, so expect him to be their top run scorer.

The ever-present Tim Southee and Trent Boult are always two of New Zealand’s prime weapons in their bowling attack. They are ably supported by the extreme pace of Lockie Ferguson.

On quick Australian pitches Ferguson will be a big threat, however it is hard to look past Trent Boult. His experience, left-arm angle, and his ability to move the new ball will be key for New Zealand’s success.

Najibullah Zadran and Hazratullah Zazai have had big success for Afghanistan in T20 cricket, with both have an average of more than 30. However, neither have played much cricket in Australia before.

Mohammed Nabi is very experienced in Australian conditions having played in the Big Bash for many seasons. Expect Afghanistan’s captain to be their top run scorer.

Afghanistan’s bowling attack is dominated by their world-class spinners. Rashid Khan (Adelaide Strikers), Mujeeb ur Rahman (Brisbane Heat), and Mohammed Nabi (Melbourne Renegades) all have experience playing in Australia, having played in the Big Bash.

Teams will likely look defend Rashid Khan due to his T20 world-class status and try and limit his wicket-taking ability. So, expect Mujeeb ur Rahman, with his ability to bowl with the new ball and spin it both ways to be Afghanistan’s top wicket-taker.

BETTING TIP: Mujeeb ur Rahman to be Afghanistan’s top bowler @ 3.75 with bet365

It is difficult to look past England’s top order as contenders to be their top run scorer. Jos Butler, Alex Hales, and Dawid Malan are all in good form and in the past have shown their ability to be able to dominate in Australia.

Having recently been brought back into the England side expect Alex Hales to pip his top-order partners. Hales has been dominant in the Big Bash for many years now, showing his consistency in Australian conditions. Expect him to relish the big stage and be England’s top run scorer.

England’s highest ranked T20 bowler Reece Topley has unfortunately been ruled out on the eve of the World Cup with an ankle injury. More pressure will now fall on the likes of Mark Wood and Chris Woakes to take wickets.

However, in the lead up to the tournament Sam Curran has also been extremely impressive, showing good form with the ball. His left-arm angle, ability to move the new-ball, his slower ball armoury and his ability to take crucial wickets at key moments should prove to be very effective at this World Cup.

It is very tight to call between India’s top four. Suryakumar Yadav is the form player in world T20 cricket right now. KL Rahul has been dominant for India for a long time now and then two modern day greats in Rohit Sharma and Virat Kohli.

Kohli has begun to show signs of his best form once again, having broken his hundred drought against Afghanistan in the Asia Cup. Kohli has also previously been very dominant in Australian conditions in the past. Expect Kohli to be back at his masterful best and be India’s top batter at this World Cup.

India’s bowling attack is missing two of their premier bowlers with spinner Ravindra Jadeja and fast-bowler Jasprit Bumrah both being ruled out of the World Cup before the tournament.

Axar Patel with his left arm spin has shown to be successful in Test cricket in Australia and could replicate this in the 20-over format. But expect Bumrah’s replacement, veteran fast bowler Mohammed Shami to step up and be India’s top bowler.

Pakistan’s openers have been very dominant in T20 cricket for a long time now. Babar Azam and Mohammed Rizwan are two of the best T20 players in the world right now and arguably the best opening partnership at this World Cup.

You can’t look past these two and it is a tough one to call out of the two of them. Rizwan has been the slightly more consistent and without the burden of captaincy, unlike Babar, expect him to be Pakistan’s top run scorer.

It is Pakistan’s fast bowling attack that will look very dangerous to other teams at this World Cup in Australian Conditions. Young Naseem Shah has stood up in recent months in the absence of Shaheen Shah Afridi. Haris Rauf and Mohammed Hasnain have both played and done well in the Big Bash in recent years.

But on his return from injury, expect Pakistan’s premier fast bowler Shaheen Shah Afridi to be their top wicket taker. His pace, left-arm angle, and ability to swing the new ball will make him very threatening to all batsmen.

Expect the Bangladesh captain, Shakib al Hasan, to lead his team well on the batting front and have a good tournament with the bat, continuing his form on from the series in New Zealand.

With his wealth of experience Shakib al Hasan is usually Bangladesh’s go to bowler, however the skipper’s bowling was not effective in the recent Tri-Nations Series tournament in New Zealand. Taskin Ahmed and Hasan Mahmud bowled economically throughout that series.

However, Bangladesh’s bowling is likely to rely on Mustafizur Rahman. Like his captain he has played and performed well in the IPL in the past. His left-arm angle, his many slower-ball variations and his ability to bowl yorker’s makes him Bangladesh’s most dangerous bowler.

Quinton de Kock is the big name in the South African batting line-up but has struggled to score consistent runs for a period of time now. David Miller is also one of the premier South African batters, but if he is batting down at five or six, he may not get the time in the middle necessary to be their top run scorer.

Reeza Hendriks has been South Africa’s most consistent T20 batter for South Africa this year. Expect him to continue this streak at this World Cup and be the Proteas leading run scorer.

South Africa’s have very good spinners in Keshav Maharaj and Tabraiz Shamsi, but it will most likely be the fast bowlers who prove to be more effective in Australian conditions.

Rabada, Nortje, and Ngidi are all extremely quick and high-skilled bowlers. It is hard to look past Kagiso Rabada. Rabada can bowl an any time in the innings, has pace, can bowl yorker’s, slower balls and is ultimately a competitor. Expect him to be South Africa’ top bowler.

The main stage of this ICC T20 World Cup will be formed with two groups of six. “Group 1” will consist of Afghanistan, Australia, England, and New Zealand, as well as the winner of “Group A” and runner-up of “Group B” from the first stage of the tournament. “Group 2” consists of Bangladesh, India, Pakistan, and South Africa, plus the “Group A” runner-up and “Group B” winner.